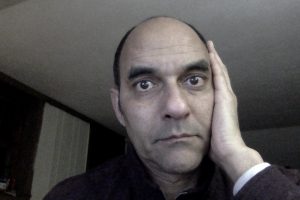 David Gary Shaw is an historian of medieval England, of Britain, of people as managers of meaning and identity in their inevitable social context. He also studies the theory and philosophy of history. He is Professor of History and Medieval Studies. He served as chair of the Department of History for five and half years and three years as Dean of the Social Sciences and the Interdisciplinary Programs.

A graduate of McGill University in Montreal in history and philosophy (1986), he received his doctorate from Oxford University, while supported by a Commonwealth Scholarship (1990). He was a member of Balliol College. He joined the faculty of Wesleyan University in 1990 and has taught there ever since.  His teaching specialties are the Middle Ages, historiography, the history of Great Britain, and the theory of history. Past teaching themes have included ways of thinking and believing, examined through the study of religion, magic, and witchcraft and some intellectual history. Currently, his teaching explores legal history, the history of Britain, communication and travel, and theory of history in addition to core medieval history.

His first book, The Creation of a Community. The City of Wells in the Middle Ages, was published by Oxford University Press in 1993. In 1996, he joined the journal History and Theory as an Associate Editor. He has edited themes issues of that journal on The Return of Science. Evolution, History, and Theory (1999), with Philip Pomper; Agency after Postmodernism (2001); Religion and History (2006);  Does History Need Animals? (2013), and The Theory of the History of Knowledge (2020), co-edited with Helge Jordheim. In 2005 he published Necessary Conjunctions: The Social Self in Medieval England (Palgrave-Macmillan). More recently, he has published on the self, agency, animals, actor network theory for historical work, and the history of comparison. His current research interests include the circulation of people, things, animals, and ideas in medieval England and he’s slowly elaborating a theory of history and historiography.